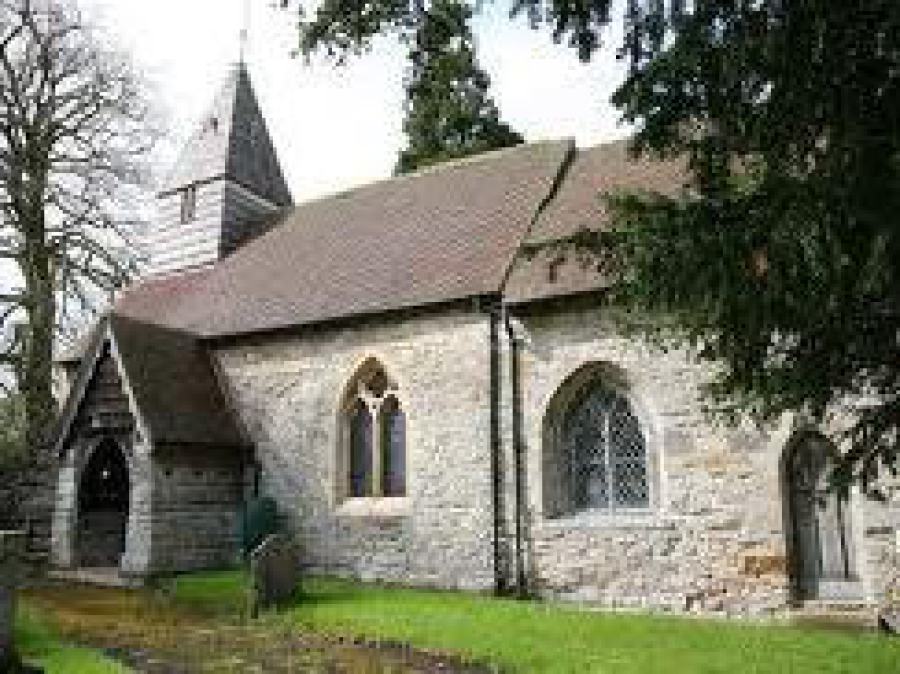 The boundaries of the parish extend from Throckmorton Road and Seymour Road up to the village of Great Alne to the north. The parish church of St.Mary the Virgin, one of a group of eight centred around the church of St. Nicholas in Alcester, was once the centre of the small hamlet of Kinwarton. Regular services are held at the church and notices are posted on the board at the approach to the church.

The dovecote, shown in the title image above, is close to St. Mary's church and is a National Trust property and is open at all times. Information leaflets are to be found inside the church.

Historically Kinwarton has close ties with the neighbouring parish of Great Alne and until recent years both parishes were looked after by one Rector who lived at the Old Rectory. The village hall at Great Alne was built as a memorial to the men and women of both parishes who served in the forces during World War I. The Women's Institute meets there on the second Tuesday of each month and the hall is regularly used for community events and is available for hire.

The persons whose names are on the road signs in the parish all have connections with Kinwarton. The word 'Glebe' reflects the past connection with the church when it owned an area of land within the parish. The Fisher family farmed the land surrounding Glebe Farm in the 18th century. Squadron Leader Wakefield was shot down over France in 1944. His memorial tablet is in Kinwarton church. Edmund Boehm, another local resident who was also in the RAF, but sadly died of cancer while still in his twenties. Kinnersley Road is named after John Kinnersley who farmed at Glebe Farm for many years and was a long standing member of the Parish Council.

On the other side of Kinwarton Farm Road all the signs bar one bear the names of former rectors of the parish, the exception being Cllr. Brian Horton who was instrumental in establishing the parish council in 1965.

Road signs on the other side of Captains Hill also have historic connections. Captain Gerard, after whom this stretch of road and Gerard Road are named, lived at Kinwarton House. Throckmorton Road was named after the Throckmorton family connected with Coughton Court. One unusual name is Barlich Way. Warwickshire was once subdivided into Hundreds; Barlichway Hundred was once such. At the far end of Throckmorton Road is St.Mary's Road, named after the church, which leads to the recreation ground. Within this is a children's play area, plenty of green open space and the River Alne which forms the boundary of the park.